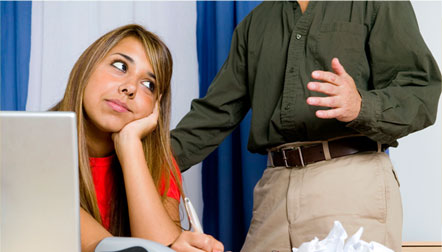 Children don’t come with an instruction manual and when children misbehave or act out parents can sometimes develop unrealistic expectations and respond in ways that are not healthy for either the parent or child. These are called parenting traps and they are very common among all parents. Here is a list of "Parenting Traps" to avoid:

This involves getting into frequent power struggles with children. It typically involves parents reacting to their child’s misbehavior with criticism or threats or yelling. When parents get angry like this, it can lead to resentment and more conflict. It can also lead to parents only noticing or responding to their child’s problem behavior.

This trap comes from the desire to be a perfect parent rather than just being good or competent. All parents are human and make mistakes. The trick is, not to keep making the same mistakes. Since there is no such thing as a perfect parent, trying to be one only leads to stress, disappointment, frustration and guilt.

It’s All My Fault Trap

Sometimes people blame themselves for all their child’s problems but it’s not possible to change a child’s temperament or control everything they do. Parents may feel guilty or depressed if they feel they are to blame for their child’s behavior. This makes it even harder for the parent to be patient, calm and consistent with their children.

It’s All Their Fault Trap

Common statements for this trap include: “She’s got such a bad temper”, “She never does what she’s told” or “She’s doing it just to get at me.” These kinds of statements can often lead to parents feeling resentful and leap into over-reactive behavior. It also can keep parents from looking at how their own actions can contribute to their child’s behavior. Often times in any relationship difficulties arise as a result of how people talk and relate to one another.

Another common trap for parents is to see a problem as a passing phase and to expect their child to grow out of it. This may prevent the child from finding out why the problem is occurring and looking for solutions to the problem and making changes. It may also prevent parents from seeking help with a problem early on when problems are much easier to deal with.